About the sample: Shoe insole

An insole is an inside part of a shoe that is underneath the foot. Insoles can be made of paperboard or synthetic non-woven board. Soft gel or foam is also often added to provide cushion and reduce impact to the foot. The performance of these types of foams depends on how each foam absorbs impact and pressure. X-ray CT (computed tomography) can image these foam products non-destructively and analyze the pore sizes. The foams can be characterized under compressive pressure using an in-site measurement setup.

A piece of foam sampled from an insole was scanned with and without compressive stress to produce the 3D grayscale CT image. The 3D rendered foam at different stages, from no stress, up to 14 MPa, then back to no stress, is shown in this video.

The four grayscale cross-sections and two 3D rendered images are shown. in the 3D rendering, the foam is shown in blue, and the high-density fillers are shown in red.

Using the CT images, the pore sizes were analyzed. The 3D rendered images of each stage are shown in the figure. The pores are color-coded for their sizes from a few microns (dark purple), 50 microns (orange), and 100 microns (white). The last image collected after the compressive stress was released indicates that many large (over 50 microns) pores may be responsible for the irreversible volume of the foam. 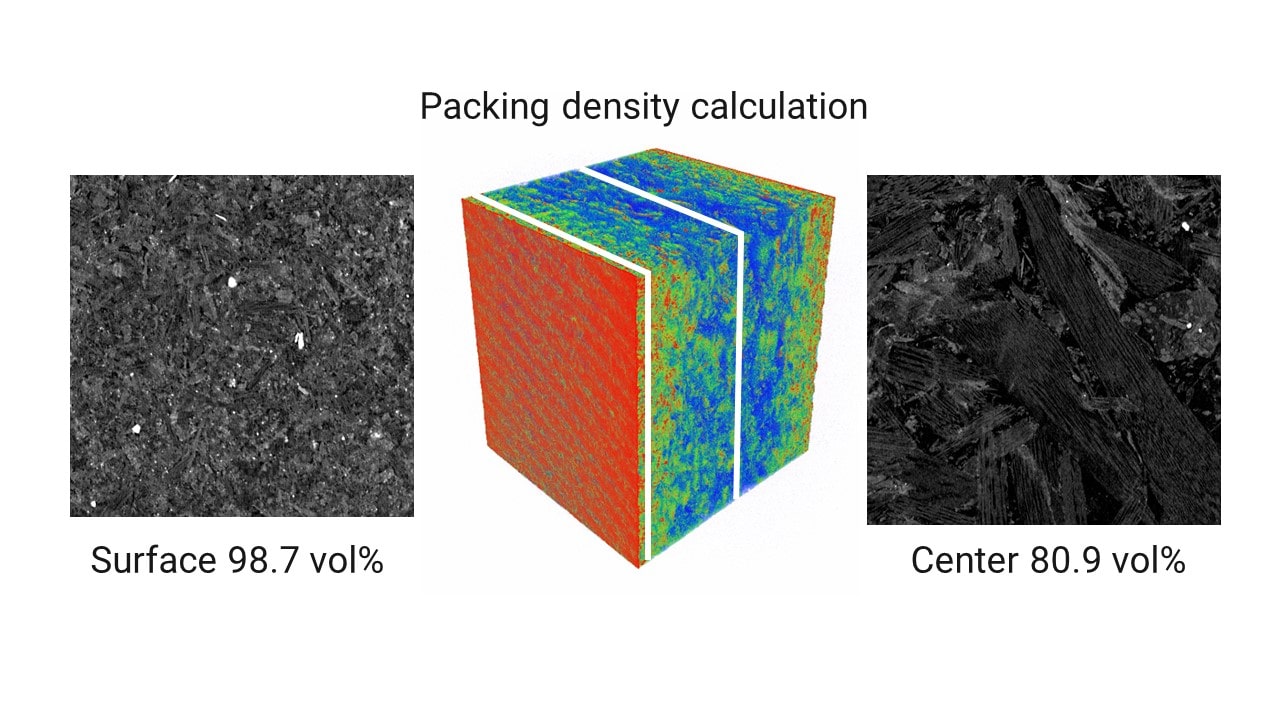 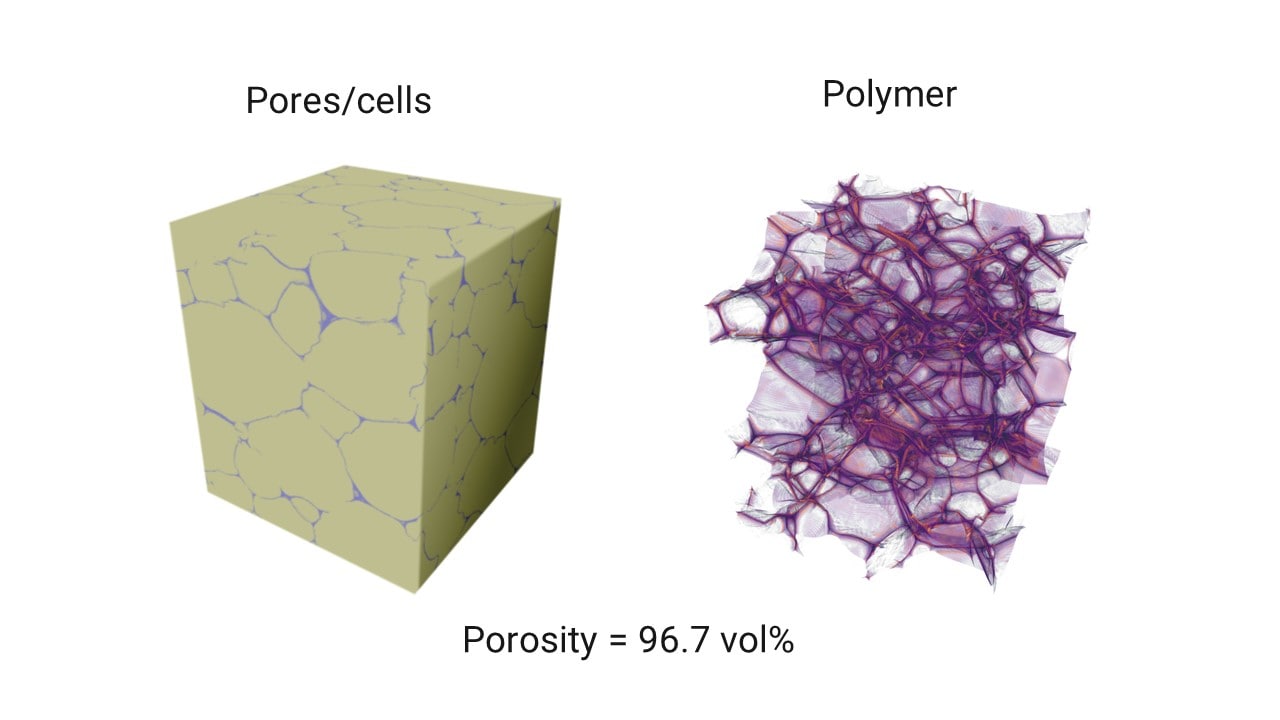 Check out the nano3DX specifications. 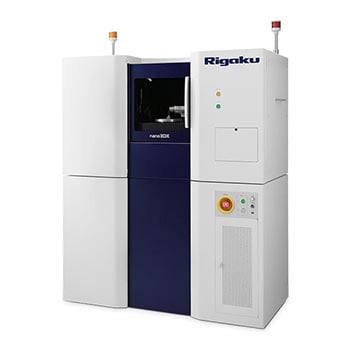